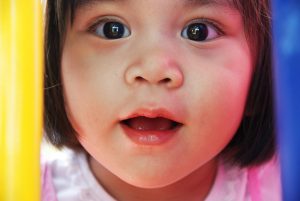 In this article we will take you through ways in which Chinese makes you smarter.

Chinese has a distinct effect on the brain

Science proves that Chinese has a markedly different effect on the brain. In a study conducted by researchers at the Wellcome Trust in the UK, it was concluded that the tones, sounds, and script of Chinese require us to use both temporal lobes of the brain. It was also pointed out that English speakers only use the left temporal lobe of the brain for language. Learning Chinese also aids in the development of motor skills, learning shapes and letters, and the visual identification of graphics. English is linear in form written from left to right, while Chinese characters have a complex structure. Chinese characters involve strokes which are in many directions with sequential movements. Scientists have found out that these movements are helpful in activating neural activity in the working, thinking, and spatial memory of the brain.

Learning Chinese can make you better at math.

Some researchers from New Zealand have found out that children whose native language is Chinese have a better understanding of mathematical concepts than their English counterparts. Scientists have also observed that the student is learning and reinforcing basic mathematical concepts during the natural acquisition process of Chinese. Learning to write Chinese involves skills such as counting, grouping, ordering, and requires students to identify similarities and differences. These are very similar to math skills. National Academy of Sciences in Neuzeland found that native Chinese and English speakers treat numbers differently, with different cortical parts of the brain.

It helps you with memorization

For non native Chinese speakers learning Chinese, learning to read and write Chinese might see like a pretty hefty exercise, when compared to learning other languages. It also helps you increase your memory as you need to keep in mind quite a lot of characters. This in itself is a pretty large cognitive task. Scientists also claim that it would put kids at a higher intellectual level than simply learning a phonetically written language such as English or any other language.

Many scientists claim after a lot of research that learning Chinese at a Many chinese kindergartens in Singapore offer an on their brain and can help them with their cognitive development to a great extent. If started early the issues around learning Chinese can be dealt with quite easily and swiftly.Studies go on to show that learning Chinese helps children in ways like developing unique cognitive skills and also greatly enhances their musical ability in children. This is because of tonal sounds involved in Chinese. Studies also prove that the learning Chinese in general can help your childs ability to learn across all subjects.

These are some of the ways in which learning Chinese can help people across all age groups and can greatly benefit their brain development. It is also recommended that one must expose their children to Chinese quite early to help with their skill sets related to the brain and learning. Learning a language is anyway said to be very good for the brain, but Chinese as a language is great for the brain development and the same cannot be said for most other languages such as Arabic or any other language which are linear in form.